Rules are made to be broken–by snowmobilers anyway. 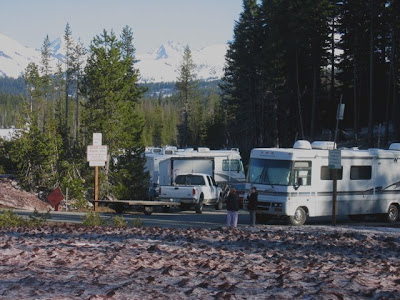 This past Memorial Day weekend saw another annual campout at Dutchman Flat by a group of out-of-town snowmobilers. Although no camping is allowed at Dutchman Flat Sno-Park, the lot was packed full (actually overtaken) by over-nighting RVs, vehicles, trailers, and snowmobiles.

The photo was taken early Saturday morning, May 23, 2009, while most campers were still asleep. Both the Forest Service and Sheriff chose not to enforce the NO CAMPING regulation and ignore the parked trucks and trailers along the highway.

Of course, the weekend’s heavy motorized activity was noticeable all around Tumalo: Despite very clear signage delineating the non-motorized zone, the boundary was broken just about everywhere–in Dutchman Flat, at the summit of Tumalo, in the bowl of Tumalo, on Tumalo’s west ridge, and at the Bend watershed boundary.

What’s going on is that the Forest Service has chosen to turn a blind eye to this behavior. It’s just another example how they continue to give bias to motorized users, while failing to adequately account for the needs of other user groups.

What happened this past weekend isn’t anything new. But the Forest Service’s blatant disregard for national and local policy and lack of adequate management for diverse user groups has gone too far. It is time that the agency is held accountable for its actions (or lack of action). 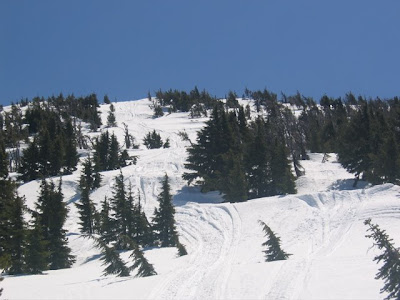 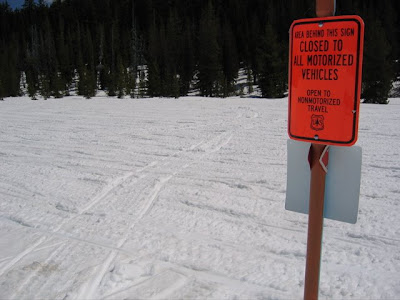